You could live an entire lifetime and never drink every bottle of French wine produced, yet we are sure there are people who have tried. But since most of us only have the ability to drink a limited amount, what are the bottles people more well versed in French wine than us (the experts) think we should seek out? We sat down with wine luminaries including winemaker Randall Grahm, sommelier Patrick Cappiello, French fine wine importer Philippe Newlin and the entire Christie’s wine department to get their thoughts. We know their recommendations are probably a bit hard to find, and may be a little bit pricier (who are we kidding, a lot pricier) than most of us would ever spend on a bottle, but we can all dream can’t we?! In that spirit, here are the wines they all think we must try before we die . . .

Comte de Vogüé Musigny. I can’t speak to the modern vintages of this wine, as the wine is quite scarce and now crazy expensive, but I have been fortunate enough to taste some of the older bottlings, even some in magnum (which is the way to go, if you can swing it). Greatest vintage might have been the ’49, but the ’55, ’59, ’61, ’64 and 1971 were all extraordinary. The complexity of bouquet is utterly without peer, but perhaps the most amazing thing about Musigny is its texture, and the so-called “peacock’s tail” effect, where the wine simply expands and explodes in your mouth.

Clos St. Hune. T. I don’t know why this should be, but Clos St. Hune is, for me, far and away, the most distinctive and elegant Riesling to be found in Alsace, and utterly unlike any of its peers. (It seems to not really develop the pronounced “petrol” character that is typically found in Alsatian Riesling, even in the greatest crus.) The wine is noteworthy for its extreme ageworthiness, its distinctive lemon chiffon nose and profound minerality on the palate. (Note: every great wine will somehow find a way to integrate the “organic” (fruit or flowers) with the “inorganic” – the so called “mineral” aspect, and nowhere is this better found than in Clos St. Hune.) Great recent vintages of Clos St. Hune include ’02, ’01, ’97 and ’86, but there are still some older vintages that are alive and well.

Chateau Rayas Blanc.This wine is exceptionally rare, almost mythical, and (finances allowing), should be snapped up whenever seen. (There’s a pretty good vertical going at Restaurant Le Beaugravière in Mondragon.) The red Rayas is slightly more common (in relative terms), and is also extraordinary, as is the hyper-rare rosé. I confess to only have had the pleasure of drinking but one vintage of Rayas Blanc, and that was the 2000; it was certainly among the greatest white wines I have ever tasted. The wine is a blend of Grenache Blanc and Clairette, and has a preternatural level of concentration, whilst still retaining razor-like focus and elegance. A very complete and savory wine, with suggestions of citrus and anise – there’s just nothing like it.

Chateau Palmer. I was fortunate enough to be able to taste quite a few great Bordeaux in my misspent youth, and while many were really great, the one I found most consistently rewarding was Chateau Palmer. For me, at least, the nose of Palmer is the most distinctive of any Bordeaux, at least it was in older vintages. (I can’t say that I’ve really kept up well with the modern versions.) The older vintages had a most ultra-decadent nose of violets, licorice, truffles, and sometimes toffee. Many of us like to make up explanations of why things are the way they are, and I’ve always labored under the conception that it was the relatively high percentage of Petit Verdot in Palmer that gave it its distinctiveness. (I think they may have cut back a bit in recent years.) But Petit Verdot does give wine a unique, almost oily texture that is pretty unmistakable. Great vintages were the ’66, ’70, ’75, ’89, ’99, and it is believed by many that the ’61 Palmer was perhaps the very greatest wine of that very great vintage.

Cornas, Thierry Allemand, “Sans Soufre”.  There are so many great producers in the Northern Rhône – Chave, Guigal, Clape, Jean-Michel Stephan, Rostaing – it is almost impossible to settle on just one. And of course it might make one crazy to have to choose between the great and distinctive appellations: Côte-Rôtie, Hermitage and Cornas. But, to me, the most soulful appellation of the northern Rhône is Cornas, and there is no greater producer of Cornas at the moment than Thierry Allemand. All of his bottlings are amazing, but in exceptionally rare vintages, he will produce perhaps a barrel or two of a special “Sans Soufre” cuvée that is the best of the best. The wine has all of the great hallmarks of Syrah – white pepper, bacon fat, lavender in spades, as well as hyper-concentrated mineral element that gives it a real vitality, almost an electric charge. If you can make a wine without SO2(Sulfur Dioxide) that does not end up microbially muddled, you will be able to express a far greater sense of purity and elegance, as Allemand does here.

These wines have a freakishly intense balance between richness of texture/ flavors and mouthwatering acidity. The vintage is a historic benchmark. The Krug in particular – it reminds me of Uma Thurman in Kill Bill 1: amazingly beautiful and seductive in her yellow vinyl jumpsuit, and then all of a sudden the steel of the samurai sword (mouthwatering acidity) just slices your head off.

From the top Sauternes property, first among firsts. This is another beautifully balanced wine with all of the honey, flowers, apricot and light caramel flavors of a great Sauternes coupled with intense minerality and refreshing acidity. The flavors literally go on forever.

The holy grail of Rhône Syrah with a dash of viognier to take its deep dark smoky fruit flavors to another level with counterbalancing aromas of white flowers and peaches. You just might pass out from overstimulation.

This is a high-mass of Pinot Noir. The aromas of red and black cherries soar from the glass along with notes of truffles, celery salt, and forest floor. It will require a second mortgage if you can find it, but the dividends of taste memories will keep rolling on for years to come.

Vieux Château Certan 1998. From one of Bordeaux’s greatest right bank properties in Pomerol.

Still young, this unusual blend of 85% Merlot, 10% Cabernet Sauvignon and 5% Cabernet Franc is the result of a particularly dry vintage that saw all of the varieties ripen perfectly. Though still young with lots of aging potential, this is just the epitome of effortless elegance combined with deep underlying power. Sexy and rich now, this showstopper will just build in aromatic exoticism over the next 20-30 years.

Amazing wine. The wines from the Muscadet district are made from the Melon de Bourgogne grape, and had been very overlooked by wine consumers in the U.S. The wines have now found a younger audience, all of whom enjoy that light, fresh, mineral driven white wine. It’s a perfect pairing with oysters and raw clams.

White wines from the Bordeaux region are among the best values available to lovers of white wine. One of the most exciting aspects of the region is that the whites range from light, crisp, and refreshing, to rich, ripe and full. This wine, for example, is from one of the greatest château making white wine in the region, and is a blend of 65% Sauvignon Blanc and 35% Sémillon.

It’s hard to explain the magical elixir that is produced in the cellars of Pierre Overnoy. The wines embody all of the flavors and aromatics that make wines from this rustic region great. This light, funky red that is made entirely from the Poulsard grape is not for the faint of heart and definitely a difficult wine to find, but well worth the effort.

A spectacular bottle! Mr. Oooka, a native of Tokyo, started studying winemaking in Bordeaux in the 1990s. In 2008 he started making wines in the Rhône Valley. Since then he has become one of the most exciting winemakers in the region. He is committed to wines made without any chemicals, from fertilizers to sulfur.

Jerome Caillé is representative of a new generation of young Bordelais winemakers not dissimilar to the ardent groups found in the Loire Valley, who focus on the expression of their terroir and quality. This wine is a blend of 60% Merlot, 30% Cabernet Franc, and 10% Cabernet Sauvignon. The result is a rich, powerful wine of great value. Definitely a personal favorite.

Gentax-Dervieux Cote-Rotie, Cote Brune 1989. An exceptional expression of Syrah. Old school wine making with no new oak. They don’t make it like this anymore.Romanee-Conti 1978. I know it is a cliché, but it’s one of the few legendary wines that really lives up to its reputation.

Charles Antin, Head of Sale, Christie’s Wine 1961 Trotanoy. Of all the great ‘61s, I’ve been fortunate to have this one a few times. Each time, it’s the most rich, expressive, astonishing Bordeaux I’ve ever had.

1989 Domaine Leflaive Chevalier Montrachet. If you’ve never tried some truly stunning aged white Burgundy, get your hands on some. There’s just another layer of complexity to a grand cru Chardonnay with bottle age.

1911 Moet & Chandon. Champagne older than you are is always a treat. Condition is key, but when you find a bottle that’s spot-on, there’s nothing like it. Sometimes just a bit of fizz left, old Champagne has a that yeasty quality its known for, with some of the characteristics of that other great Chardonnay, Burgundy.

Huet, something in the ‘40s or earlier. It’s not only Sauternes that makes ageworthy sweet wines. Domaine Huet makes very interesting ones, and they can age for a century. Even the dry wines, high in acidity yet balanced, can mature and develop for decades. The great thing about these wines, as well, is that they’re actually relatively affordable compared with other wines on this list. In what other region can you get a 70-year-old wine for $350?”

Since we are suggesting “must try before you die” why not attempt the effort to secure a “unicorn” wine. I’ve tasted all the legendary 1961s, Latour-à-Pomerol excels over all with grace, intensity and sheer depth of flavor. 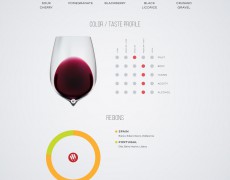 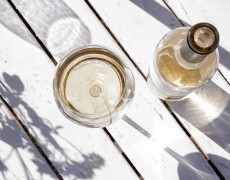 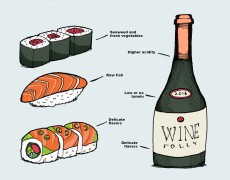 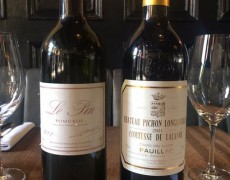 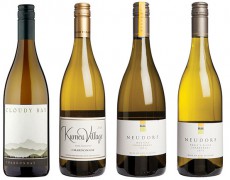 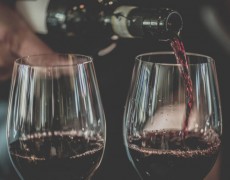 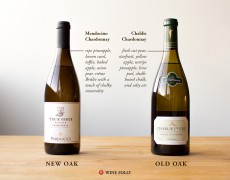 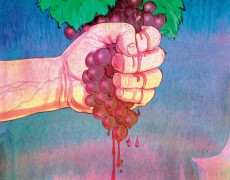 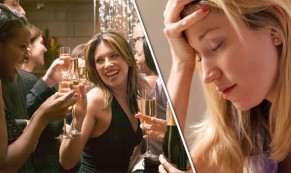 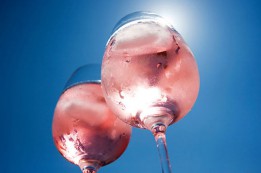